The picturesque Chania, the former capital of the island, is today the second largest city in Crete and considered as one the most beautiful cities in Greece. The center of Chania is actually quite small, although the busy traffic during the hectic hours initially gives a different atmosphere. The city center is divided into two parts, new and old. Chania is a vibrant city all year around!

Halidon Street leads directly to the old town ending up to the Venetian harbor. Instead of shopping malls, there are plenty of small shops in Chania. Halidon Street is allowed nowadays only for walking and besides the shops you will also find some significant attractions along the street like Chania Cathedral and Municipal Art Gallery. 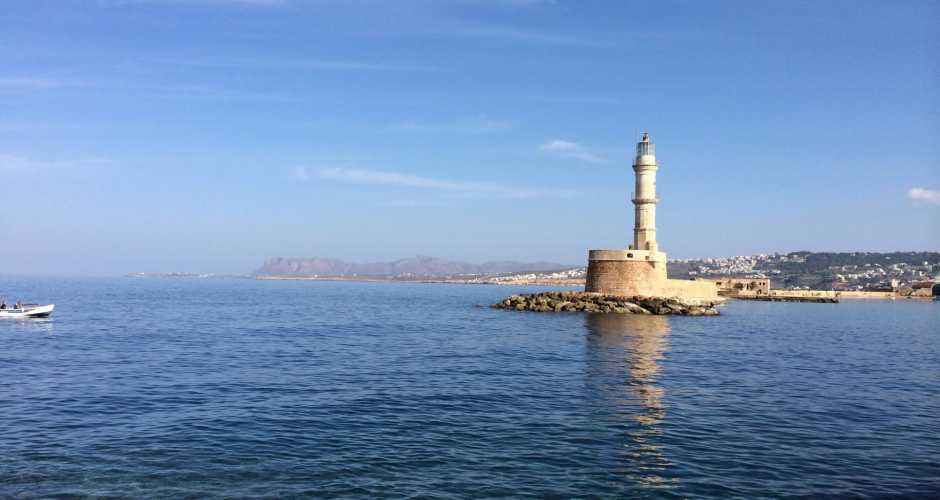 The old town where Venetian and Turkish styles are dominating these scenic narrow streets and alleys, is partly surrounded by Firka fortress. Over the years, the various rulers of Crete have left their own landmarks in the city, and as an good example of this you will find very close to each other in old town the Orthodox and Catholic Church, a Jewish synagogue and a Turkish mosque. 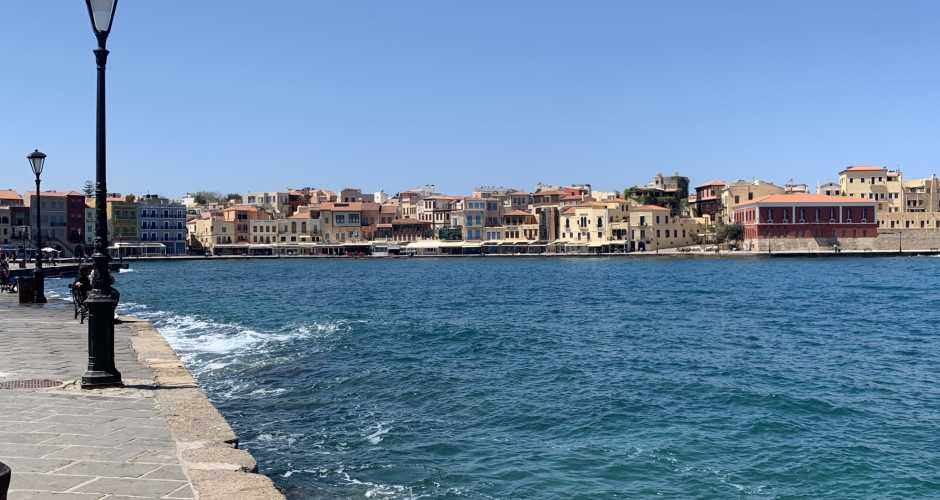 The pearl of Chania is an old Venetian harbor which was built by venetians and is nowadays very popular among the visitors and as well as the local people, especially during the summer months. There are many restaurants, taverns, bars and cafeterias by the harbor to enjoy the wonderful scenery and to follow the people passing by.

To the right of Halidon is Skridlof Street, also called the leather street. As its name suggests, there are leather products such as sandals, belts, wallets and bags. You will also find other things to buy, such as handicrafts, souvenirs, watches and jewelry. The Greek name Stivanadika was given for this street because this was the place where the traditional Greek boots used in regional outfits for men were produced. 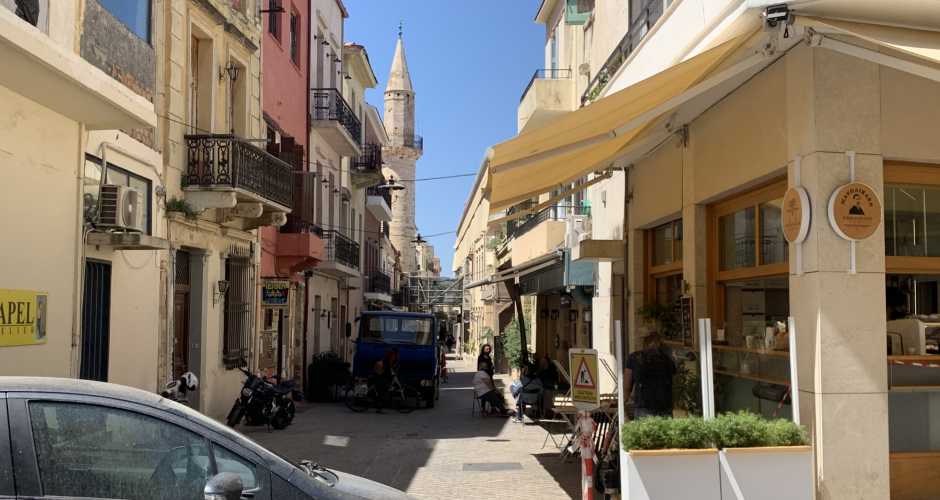 Modern shops and various services (for example banks, bus stations and offices) are concentrated on the new part of the city. In this area, you can also visit many well-known European brands with longer opening hours. The smaller shops continue to follow up the traditional Greek opening hours and are open from Monday to Saturday from 08:30 to 14:00 and in the evenings only on Tuesdays, Thursdays and Fridays from 17:30 to 21:00. 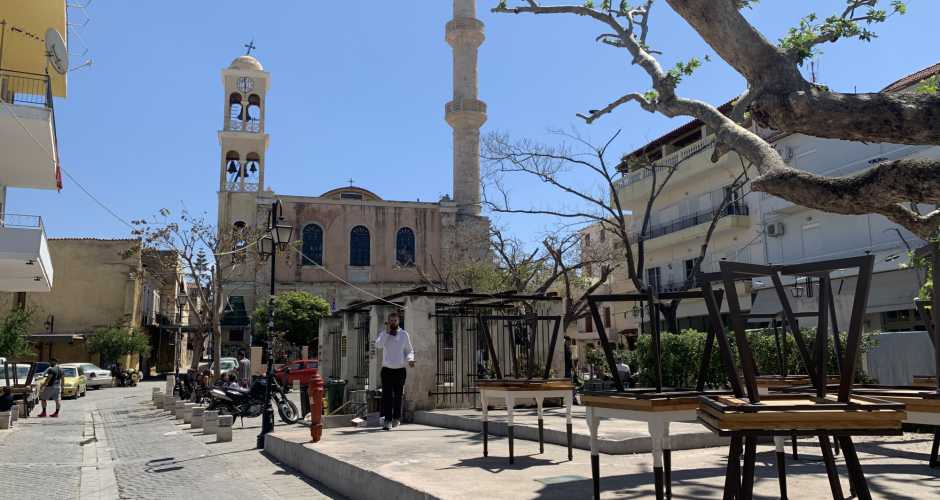 Chania has an excellent cultural tradition with many museums as well as religious and historical monuments. The most important museums are the Naval Museum, the Museum of Byzantine Icons, the Archaeological and the Folklore museum "Cretan House".

Would you like to learn more about Chania? Βοοk a private tour through us and let a professional licensed guide to introduce you to the secrets of Chania according to your own interests! 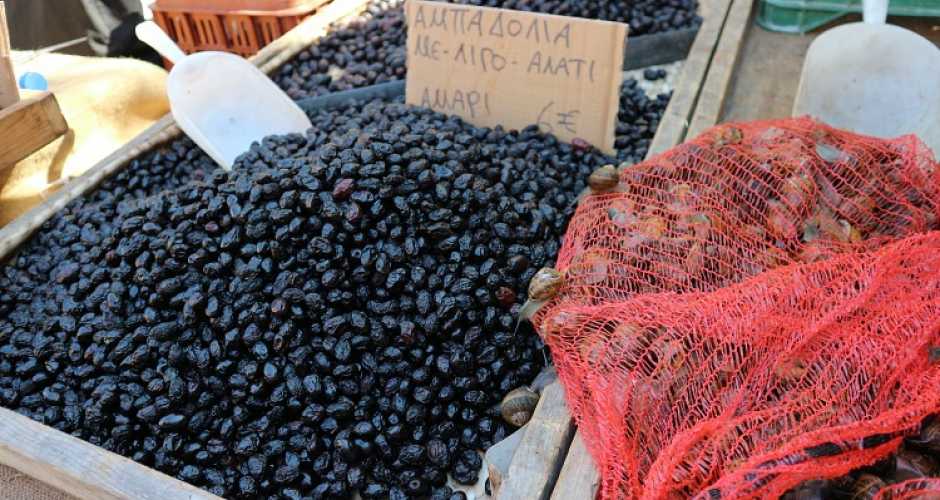 The Old Market Hall, Agora, is located at the heart of Chania. It is built in the shape of a cross influenced by the market hall in Marseille and was opened in December 1913. Almost all food products are produced in the Chania region and you can buy different spices, herbs, cheese, honey and bakery products but also meat and fish.  There are a few cafeterias and authentic taverns for lunch as well. (Due to renovations, the market hall will be cosed untill 2023). 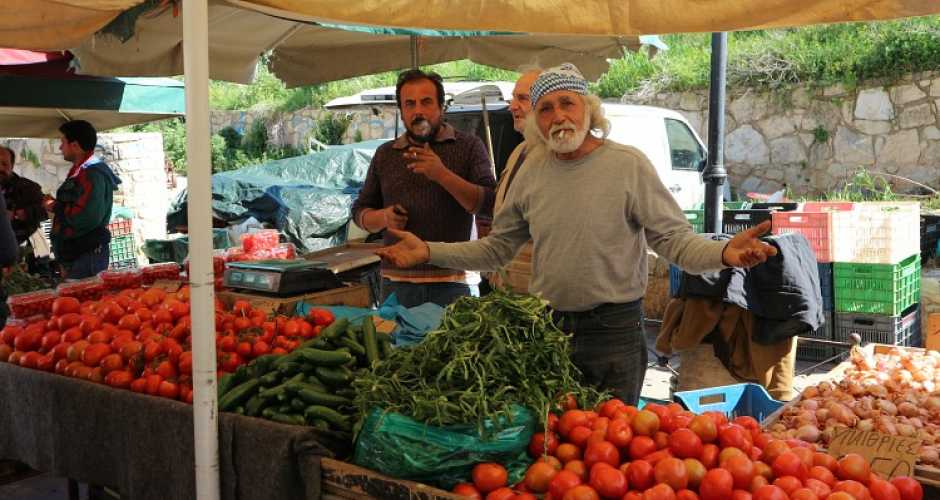 Laiki, the true Cretan Farmers outdoor market, is held several days in a week from 07:30 to 13:00. The busiest market days are on Thursdays in the Nea Hora on the west side of the city center and on Saturdays in the city center close by the Old Market Hall on Minoos Street. At the market you will find local fresh products such as vegetables, fruits, fish and flowers. At the end of the market you can also buy clothes, shoes and bags with a very cheap price. The normal shops have standard prices for the products but at Laiki, you can always negotiate about the prices as well with the sellers. 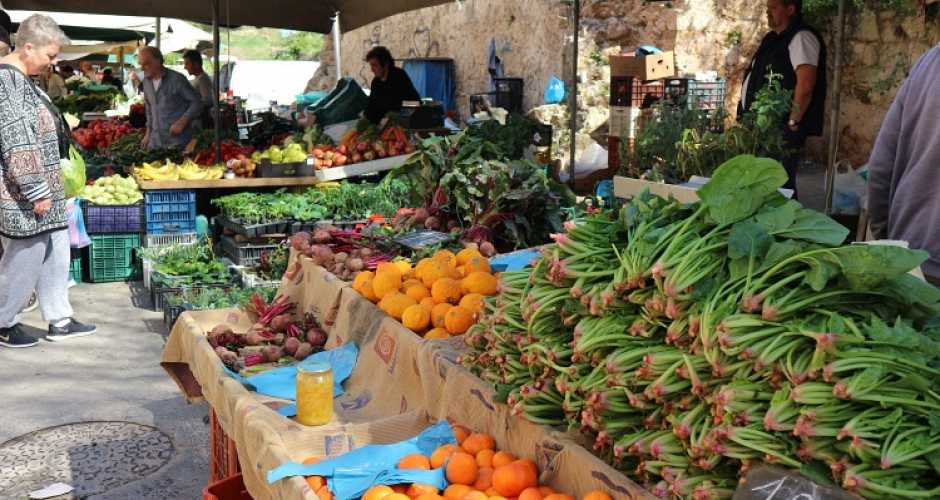 KTEL, the local bus station for green busses, is at the new part of Chania, just beside the Samaria Hotel. Green busses are for long distances and take you to the other destinations in Crete and have even a connection to the mainland. These are also the busses you use when you travel from Platanias to Chania. The Chania City busses are blue and you use them when you move inside the city and shorter distances. The main bus stops for blue busses are close to Old Market Hall and by the Square 1866. 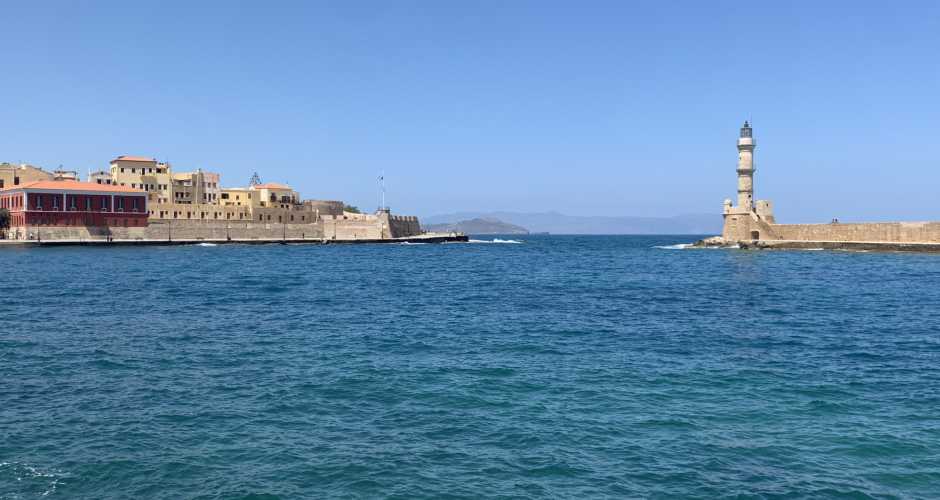